Max went on his first date!!!

About two months ago, I was wondering about The Church of Jesus Christ of Latter-day Saints Prom. I asked a beautiful young lady in our church if she knew when it would be. She let me know a couple of weeks later and I felt she was the one Max needed to ask to prom.

Max and I thought about the theme which was western. Max's first idea was to get bales of hay and put them on her doorstep with a sign that said, "Hay want to go to prom with me?" I thought that was an awesome idea, but knew they probably wouldn't want large bales of hay on their front door step. Then, I thought of the idea of putting a basket with something in it. We came up with flowers.
So Max picked out the flowers and together we came up with this... 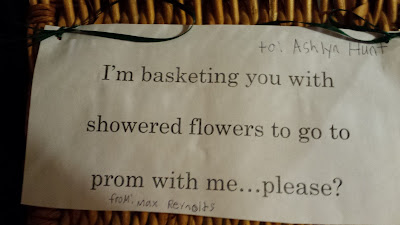 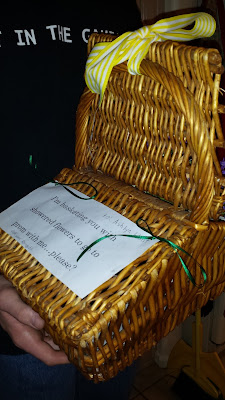 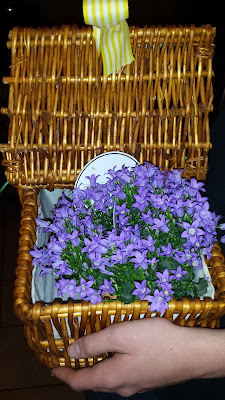 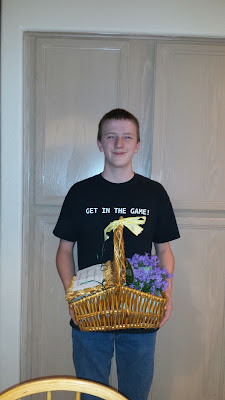 Max was so excited about dropping it on her door step. He wanted to make sure to wear his running shoes and to be really quiet when he went up to her door.


This young lady responded with 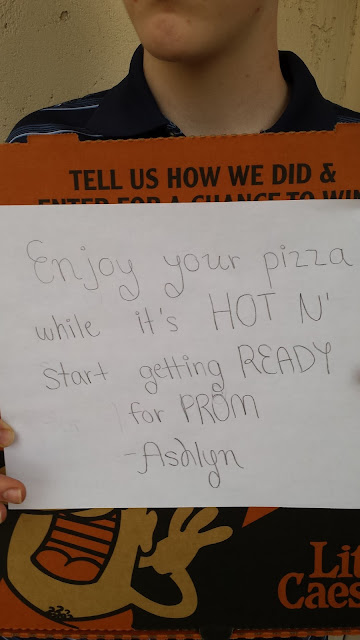 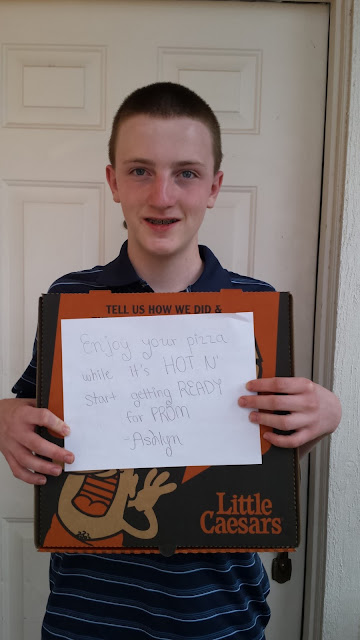 One of Max's rehabilitation goals is to be able to tell something that happened and when he came home from his date he said, Mom the dance was fantastic and Ashlyn was fun ...

From the look of the pictures I think they had a fabulous time together.
Before the prom his date came with him to his Baseball Banquet dressed in their prom attire.
All his baseball team was dressed in their uniforms so they really stood out.
After the banquet his date who is a senior at his high school drove them to the dance. 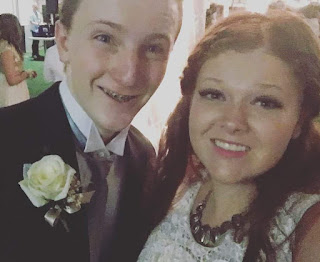 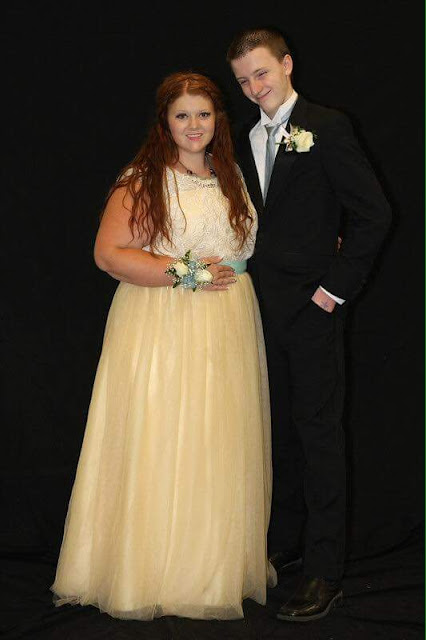 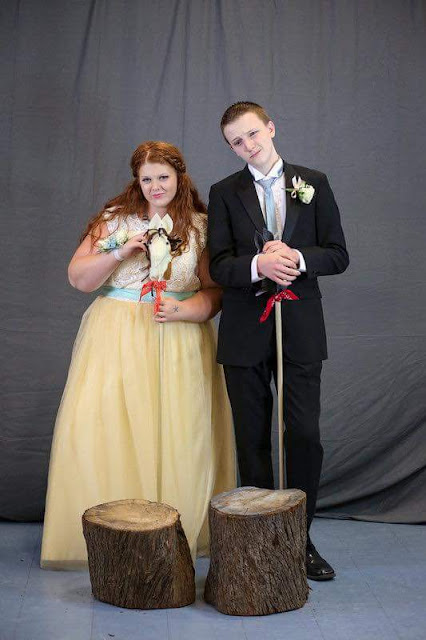 This young lady is an amazing and a blessing. She is beautiful, smart, and very fun to be around.
I appreciate her being Max's date to prom.
What a fun memory he will always have.

When Max was three, four, five and even twelve I never ever thought he would be capable of dating.

Isn't his date gorgeous?
Posted by Pamela Shelton Reynolds at 10:58 PM No comments: