Max had a swim meet on March 2 for the Rio Swim team. He was so thrilled to meet
Melissa Belote Ripley, who is an American former competition swimmer,
three-time Olympic champion, and former world record-holder in two events.
She represented the United States at the 1972 and 1976 Olympics. 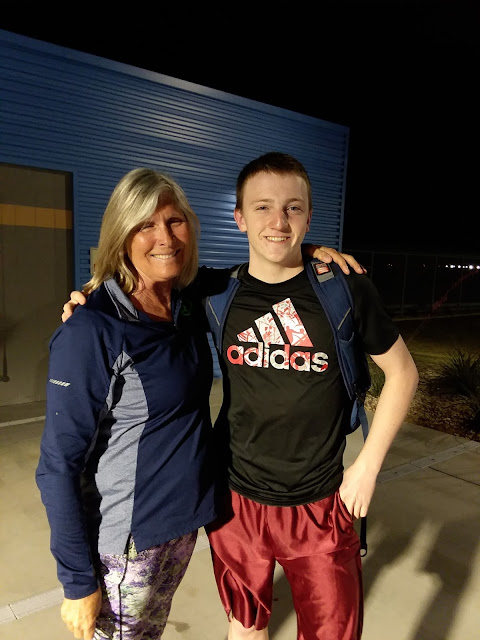 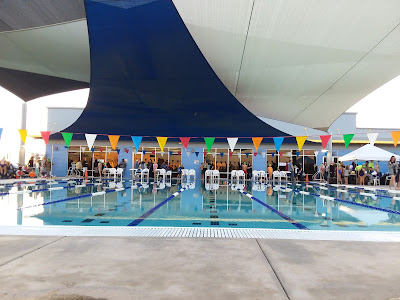 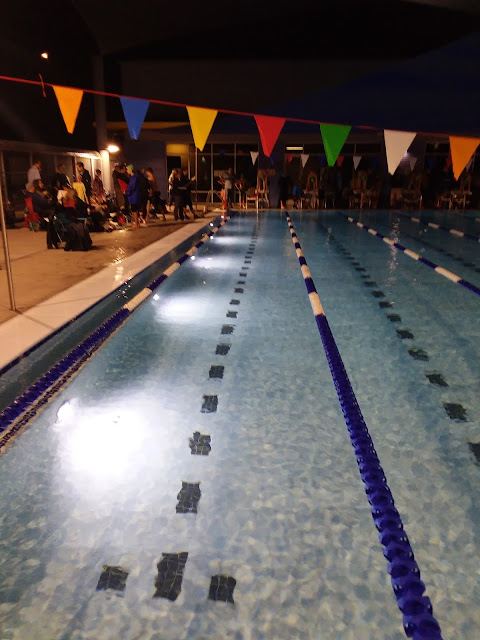 After his swim meet on Friday night Max had his swim practice with his
Arizona Special Olympic Swim team Saturday morning.

The Arizona Special Olympics swim team are working hard
for the USA Games 2018, in Seattle this coming July.

Max is learning the value of eating healthy and exercising. 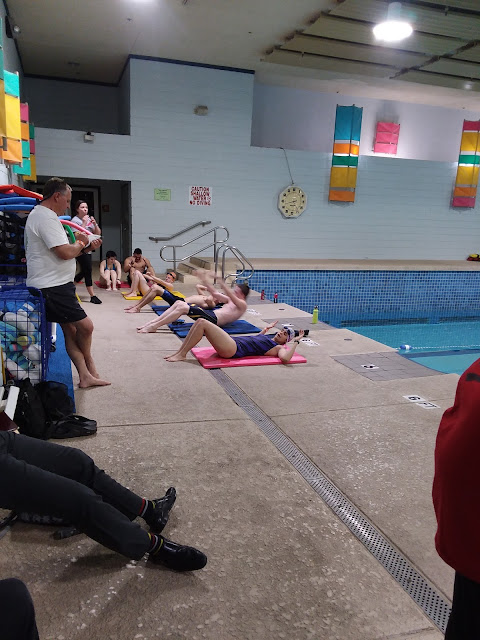 Posted by Pamela Shelton Reynolds at 2:31 PM No comments:

Max walked in the Fiesta Bowl Parade with the Arizona Special Olympics Team and he loved it. 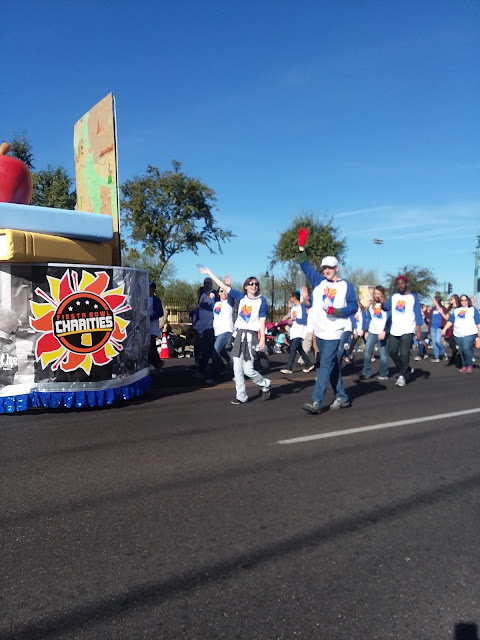 Max is the one wearing the red gloves.
What an experience it was for Max to be in the parade. 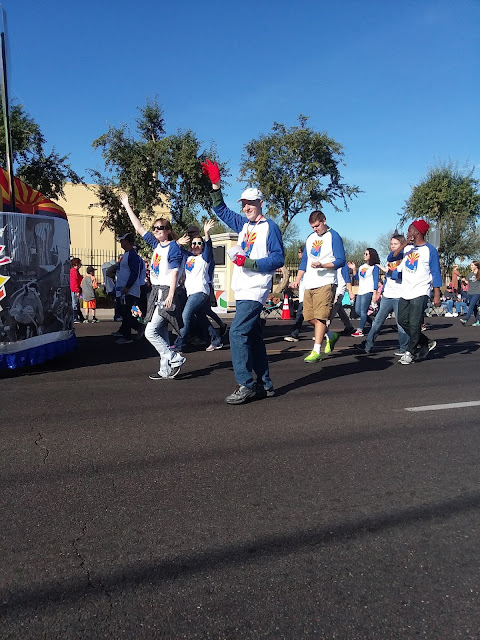 Posted by Pamela Shelton Reynolds at 1:16 PM No comments: