Magnificent Max in the month of March.

Max believes his world opened up to another level, since he turned 13. He believes he can now watch any PG-13 movie, because it has the number 13 in it. I have tried several times to explain to him that I don’t even watch all PG-13 movies, because some of them do not meet our standards.

Max takes everything as it’s stated. For instances he believe if his teacher tells him his homework isn’t due until March 12th then he will not hand it in until that date. He had a project due on March 29th in Social Studies on World War 1 using a poster board and designing it with a slogan. Frustration stirred as I tried to remind him to get started on it a week before it was due. Max would remind me that he can’t hand it in until the due date and that he can’t even start on it until a couple of days before it is due. I tried to explain to him he could hand it in before the due date and he express his opinion that I was wrong. Max takes everything literally. I have realized it’s how people with autism see life. 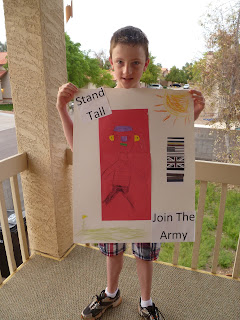 It was a joy to see Max excited about his family coming over to celebrate his birthday. His Aunt Terese had her birthday a few days before him and we sang Happy Birthday to them at the same time. I could see how he felt of value as we rallied around him and sang. His smile touched his ears and his eyes beamed with joy. 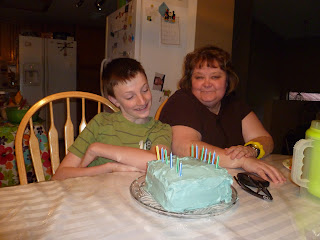 The last month and half have been busy, with baseball practice. I’m so thrilled that one of Max’s dreams of being a member of a baseball team came true. It’s going to be a wonderful opportunity for him. The Little League started a team for children with special needs for the first time . What a blessing for Max. He loves to bat and was in a bat-a-thon a couple of weeks ago. He hit the ball 152.5 feet and won a wooden bat. This Friday he is going to walk out on the Diamondback baseball field with the players and yesterday he was interview by one of the news stations about being on a baseball team. He takes baseball seriously. He wears his new team jersey with pleasure along with his batting gloves, baseball hat, red belt, white pants, and cleats. For his birthday his brother in law and sister got him a new glove, battling gloves, and bat and his brother and sister in law got him a bat with some balls to practice with. I know it warms his heart to have his sibling support him. 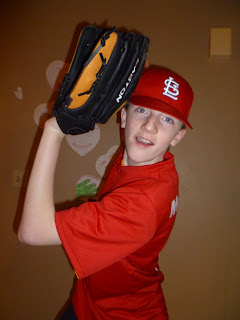 We were able to attend General Conference in Salt Lake City and Max had a hard time with all the people around him. He sat next to me with his suit coat over his head during the two hour meeting. He was quiet, but I sensed it was hard on him to be among so many people. Sometimes he will put a cloth grocery bag over his head and play his I-pod to close himself off from the world. 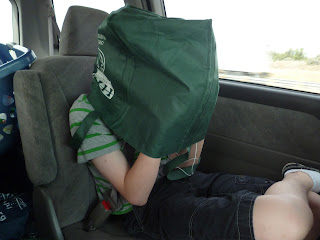 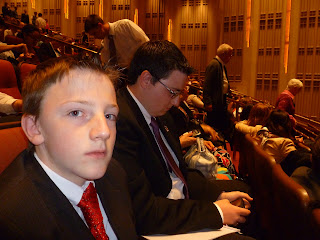 A wonderful blessing happened for Max in Utah, he gained some new friends. It warmed my heart to see him building unity with his second cousins. They wanted him around and he wanted to be with them. What a joy it was to watch him interact with them.
Posted by Pamela Shelton Reynolds at 3:42 PM